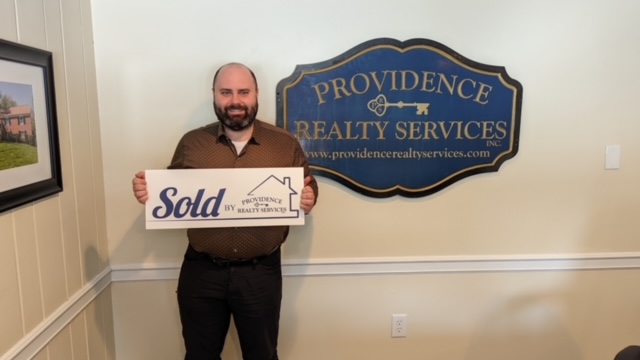 I just bought a house, and it came with a mortgage. I bought the house and committed to the mortgage all in one ceremony, in a cute little office where I signed enough papers that the sellers were able to solemnly hand me the keys to my new castle. In the lead-up to this, I was told how early payments, mortgage insurance, and refinancing works, and it’s – I think very reasonably – been on my mind since.

It was in a university economics class – macroeconomics – where I first encountered the concept that “paying down debt” was equivalent to “saving.”

And of course, when economists – and especially undergraduate econ professors – use words like “equivalent” you have to take it with a heap of salt. But there’s a lot of truth to it!

It also interacts with interest in a similar way. Let’s say your debt and your savings account are both with Easy Round Numbers Credit Union (ERNCU), and both have 10% yearly interest as an annual percentage yield (i.e. after compounding is already taken into account). Well, if you save the $1000 now, you will have $1100 in a year. If you pay off $1000 in debt now, you’ll have $1100 less to pay in a year. If you were, for whatever reason, planning on paying off the entire debt, whatever it was, in a year’s time, this is an exactly identical situation. Even if not, though, it’s still the same net worth, and macroeconomically “equivalent.”

Interest rate is important. To maximize long-term net worth, you would want to put excess money in the place with the maximum interest rate. This is common financial advice for loans: After paying all your minimum payments, spend the extra money on the loan with the most interest. And, though it’s less commonly brought up, it works for saving too: If you save money in a place where it grows faster than the loan, put it there. Keep that loan going, and pay it off only when you have to. So if you have a savings account more valuable than the loan, use it.

So considering this “equivalency,” I perhaps have a valuable opportunity. Instead of thinking of this as a loan, a burden to pay back, I should think of this as a very special savings account, with 3.125% guaranteed interest, more than the best CDs out there (which are currently hovering around 1%ish). If I have some excess cash, I can use it to increase my equity in the house, and I’ll save that much, plus 3.125% compounded, in future payments.

“Wow,” I said to myself (and to a friend), “Maybe I could just take advantage of this, and sell CD’s. I could have people lend me money – sorry, deposit their money with me – at 3%, better than they’d be able to get a bank, and use it to pay down the mortgage faster. After all, saving and paying down debt is equivalent, right?”

And then I thought to myself, wait, how would I pay them back? Let’s say I get a customer, John Doe. Mr Doe wants to leave his $1,000 with me, and get paid $1,030 in a year. That’s 3% interest, and less than my 3.125% interest rate, so I should be able to make this worth my while. And it’s better than what Mr Doe can get anywhere else, so that should make it worth his while!

But already there’s a problem. It’s true that I would have to pay $31.25 less in interest that year, yes. But I can’t take that money and give it back to Mr Doe. I have to keep paying the same total monthly payments, and whatever now doesn’t go to interest, must go to paying the principal down faster. I simply don’t have the flexibility to pay it to Mr Doe (and myself) instead; I have to wait until the end of the mortgage term, in 30 years, when I’ve paid it off early, to see the money.

But even setting that problem aside, I’m assuming that once I give Mr Doe the interest, he’ll want to leave the $1,000 in for another year. But what if he wants his money back? What if inflation continues or the Fed just feels like raising interest rates, and now there’s CD’s at 4% available elsewhere? Well, in order to get the principal back (and this would help with the interest too), I’d have to increase the loan amount on my house back up again, and take-backsies the pre-payment. Given that this is a fixed-rate mortgage and not a line of credit, this would require refinancing – which, given that in this scenario interest rates are higher, is not going to be fun or affordable for me.

So what financial product can I sell Mr Doe and his friends? I can sell a very long-term CD, that matures in 30 years. Once his money gets used as my early repayment, he has to wait until I see it again – when my mortgage ends early because of it. Then, instead of paying the bank back for the last however-many payments, I pay him the amount I would have paid the bank, and he should get his money back with 3.125% interest – or rather, with 3% interest after I also take out my cut. Mr Doe pays $1000 now, and I pay him $2427.26 after 30 years, for $89.94 profit on my part.

But at 30 years, the only thing I could practically use this CD for is retirement – and I already have a retirement account, which I expect to do better tha 3.125% a year. The 3.125% is a guarateed return, that is true, but 30 years is a long way away. On average, the stock market, while not guaranteed, has historically tended to pay 10% returns. While it might result in bad years, 30 years is plenty of time for the bad years to be beaten out by the good ones.

And it’s not like my monthly payments would go down if I created such a CD – that would require a refinancing. The bank is actually creating CDs (and other financial assets) out of this mortgage, and in exchange for predictability, they don’t want to lower the monthly payments, which is in my mind fair enough, as I get to lock in this low interest rate. But even if I pay half the mortgage in a single payment, unless I refinance, my monthly minimum payment remains the same until the mortgage is paid off.

And honestly, some borrowers – those with certain subprime mortgages – have it worse. Some mortgages come with a pre-payment penalty, where paying the principal ahead of time actually accrues fees. For me, it does decrease the principal – I just have to wait until the end of the mortgage to reap the practical benefit.

Again, unless I refinance. I pay the entire loan off, all at once, and replace it with another loan. This makes sense if the interest rate is lower, or even if it’s the same and I want to lower the monthly payment or take money out of my equity. If I could know I could refinance at any time at the same interest rate, then I could sell (and provide myself with) shorter-term savings opportunities.

Refinancing is similar to selling a mortgage-sized group of CDs to a bunch of interested John Does… except it’s to a bank, the only organization actually interested in such a product, and therefore at the market rate for mortgages, rather than at the lower market rate for CDs. Part of what makes a bank a viable business is that they provide longer-term loans than any normal individual would be interested in, in exchange for an upcharge on interest rates. They then take on some amount of risk and some amount of overhead to turn that loan into more reasonable (i.e. shorter-term than 30 year) CDs, or even checking and savings accounts.

So if a mortgage doesn’t give me a super-special savings opportunity for my excess money, why am I getting a mortgage? Well, I have to live somewhere, and I can’t afford a house outright, and the alternative is renting. Monthly mortgage payments are comparable, in their size, with rent payments, but even with the default monthly mortgage payment, the principal’s still going down.

Put another way: Even though I’m not interested in putting my disposable income into a 30-year 3.125% CD, I’d much rather put my monthly housing expenses into such a CD than pay them to some landlord, never to be seen again. This adds up – in 30 years, I will definitely have the entire principal of my mortgage paid off, which means I will no longer have to pay the mortgage payments. If things go well, my house will have also appreciated, in case I want to borrow money against home equity. If I’d rented this entire time, I’d still have to pay rent, which the landlord could increase at any time. The “free rent” from my mortgage will be a valuable asset in my later years, and one that I basically don’t have to pay any extra for above getting a rental.

And mortgages are honestly also convenient. If I owned the property outright, I’d have to pay all the different forms of property tax myself, and also my homeowner’s insurance. With a mortgage, I have one monthly payment, that indirectly pays those things through an escrow account. And this is honestly much more convenient, especially for someone who struggles to juggle all the demands of modern life.